A Paragraph about the art of Silence

Morals of the stories for JSC Examination 2015

Morals of the Stories
1. King Midas and his daughter
 Moral: Greed sure to bring on grief. / Greed begets sin and sin to die.
2. Two friends and a bear
 Moral: A friend in needs is a friend indeed.
3. The hidden treasure / The farmer and his idle sons
 Moral: industry is the mother of good luck

4. The cow boy and the wolf
 Moral: A lair is punished in the long run.
5. The fox and the goat
 Moral: Look before you leap.
6. Robert Bruce, the king of Scotland
 Moral: Failure is the pillar of success.
7. The hungry fox / The fox and the grapes
 Moral: Grapes are sour.
8. The lion and the mouse
 Moral: Even the small things have their worth.
9. The old man and his quarrelling son.
 Moral: Unity is strength./ United we stand divided we fall.
10. The thirsty crow
 Moral: Where there is a will there is away. / Necessity is the mother of invention.
11. The hare and the tortoise
 Moral: Slow but steady wins the race.
12. The golden goose
 Moral: Grasp all, lose all.
13. An honest wood cutter
 Moral: Honesty is the best policy. /Honesty is rewarded, dishonesty is punished.
14. Bayezid and his mother/ Bayezid’s devotion to his mother.
 Moral: A prayer of a mother for a devoted child is always accepted by Allah.
15. A king and an strologer.
 Moral: A ready wit can save one from danger.
16. The ant and the dove.
 Moral: If you do a good deed, you will get a good return.
17. The farmer and the nobleman
 Moral: Everyone should do something in the danger of others.
18. The fox without a tail.
 Moral: Intelligent people can see through the evil motive of a man who wants others to suffer like him. / A bad man wants to drive everyone in the problem in which he is.
19. Who is to bell the cat?
 Moral: Easy to advise but difficult to practise. / Easy to say but difficult to do.
20. A just ruler and a brave Quazi
 Moral: Justice should be impartial.
21. Sheikh Saadi and his teaching.
 Moral Dress does not make one great.
22. The town of Hamelin and the rats
 Moral: Breaking a promise brings a great destroy 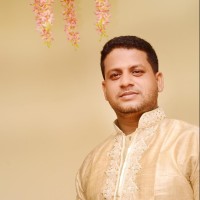 I'm interested in 'Learning' first. Because, I believe, "A good teacher is life time a good learner." I love to do research in education, I like to write on "Educational Topics".
I want to teach the students with moral ethics and values of life for making them ideal human along with their education.