Paragraph on A Day Labour

Man is the architect of his own fate

It is true that man is the architect of his own fate. He can achieve what he desires to achieve. It is wrong to think that man’s life on earth is decided by fate. It is not fate but sincere efforts and indomitable courage that would his fate. There may ups and downs but he should not lose heart. He may face innumerable odd situations and adversities but he should not allow them to damp his spirit. Rather he should be courageous to fight against the misfortunes of life. All his attempts may not be crowned with success but today or tomorrow he is sure to succeed. The human history is replete with glaring examples of men rising to the peak of glory from a humble beginning merely by dint of their hard labor and sincere efforts. On the contrary, those who waste time in sheer idleness and lack in courage and spirit and depend on fate can not do anything noble but stumble in the way of life. The quoted example of Robert Bruce is worth mentioning here. He did not submit to his fate but tried his main and might and thus reached his destination. So it can be said that man is the architect of his own career but not fate that shapes his future. 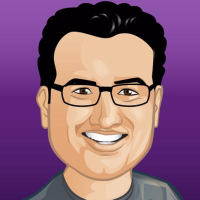