Rohingya refugees- who should care?

How to be a Good Writter

Major Themes Fate, divine laws, and pre-ordinance were issues that deeply concerned the ancient Greeks as it was a developing civilization where its faith in the supernatural was constantly examined and re-examined. In the cosmic order of Sophocles’ plays, fate is the overruling order. This does not mean that characters do not have free will but that they cannot go beyond the cosmic order that rules the universe. In defying fate, humans are subjected to being struck down for going beyond their limitations as humans. To accept this order is to be part of the harmony which rules the universe. To go against it means disrupting this order and taking the consequences of one’s actions. In Oedipus Rex, the main theme explored is that fate is character. This becomes clearer with the study of the tragedy of Oedipus, the king of Thebes. No doubt Oedipus was destined to kill his father and marry his mother, but it is Oedipus’ own character which leads him to perform these acts. An impulsive, hot-headed youth, Oedipus ends up inflicting immortal wounds on his own father after a mere quarrel. He is obviously ignorant of the fact although if he had taken the prophecy seriously, he would have avoided conflicts or interactions with older people. Instead he acts in a rash manner.. Later he successfully solves the riddle of Sphinx. Again, in ignorance, he marries the widow queen of Thebes, Jocasta, his own mother who must have been much older than him. Thus the belief that fate and character are one and the same forms the main theme in Oedipus Rex. Fate and divine law are explored on various levels in the play.

As the play unfolds the importance of prophecies is highlighted. This theme is an extension of the theme of fate. Whereas Jocasta fervently expresses her disbelief in prophecies, she is the one to realize the ultimate truth of the situation and dissuades Oedipus from continuing his venture. Her character also contributes to her eventual downfall. By attempting to divert catastrophe, she has ironically invited it. Also, knowing Oediupus’ nature, Jocasta knows that he will not abandon his inquiry. Both Jocasta and Oedipus reveal an inability to come to terms with their past and an aversion to truth. It is these qualities which bring the ruling family of thebes to ruin. The skepticism they have of the oracles is in fact an avoidance of truth and understanding one’s place in the cosmic order. Minor Themes Oedipus’ wish to unravel the mystery of his birth is another theme explored in the play. Who one is and where one comes from are questions which every individual shares, whether king or peasant. Although it is assumed that Oedipus comes from noble birth, the mystery of who he is reveals that this many not be so. It is this what he fears when he begins to question the messenger on hearing that Polybus was not his father. In fact, although the play begins as a murder mystery, it becomes more an investigation of the self. Oedipus can only know his place in the world when his true identity has been revealed. By understanding who he is and taking responsibility for this, Oedipus then possesses the power to save his kingdom from the plague.

This theme gives rise to other minor Themes like the ideals of statehood and the attributes of an ideal ruler. As the investigations into Laius’ murder proceed, the audience witnesses Oedipus’ character as an individual and as a king. He certainly conforms to the ancient Greek ideal of a ruler that suffers with the people and in the end of the play, he suffers for the people as it is only through the punishment of the murderer of Laius that Thebes can be restore itself. 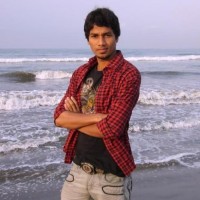