Hello, my dear friends. Welcome to Online Educare, one of the largest educational site.

Hope you are passing a busy time with study. In this post, I am going to share a very important paragraph for HSC Exam 2009. You must learn the paragraph for your better preparation.

Diaspora means the people who had left their original homelands and settled in different countries of the world. Either they were forced to go away the country or they willingly left. First, Jews ancestor Abraham was forced to go away Irak. therefore he took shelter in Egypt. After that, his offspring Jews were compelled to go away Egypt and they took shelter in Palestine. The Jews were the first diaspora in the history of world. Later in the Muslim era, several of them were once more forced to go away Palestine. Then these Jews became diaspora in Europe and America. after war II, the Jews started returning to Palestine with the assistance of western power and they additionally formed a new country known as Israel. Currently the Palestine ar being forced to go away their land. As a result, they’re also being diaspora in several countries of the world. We all see the newest incident. Union of Burma government has compelled the Muslim minority “Rohingya” to leave from their home. Actually, the process started once 1970. An estimated of three.5 million Rohingya spread in several countries worldwide before August 2017. Most of the Rohingyas nearly 9,50,000 individuals took shelter in Bangladesh. a number of them fled to India, Indonesia, Malaysia, and Thailand. However, today individuals are being the diaspora as a result of economic process of globalization.

Please answer a question, How was the paragraph on Diaspora? Did you find it easy or difficult? 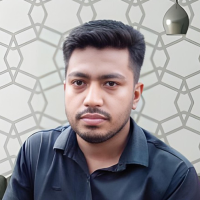 I am an Instructor (English, Accounting and Finance) at bdclass.com.
Professionally, I am engaged in Digital Marketing and Web development.