Critical Analysis of the Poem “Funeral Rites” by Seamus Heaney

Formalist Reading of the Poem “Funeral Rites” by Seamus Heaney:

Seamus Heaney’s poem “Funeral Rites” describes the effects of the violence in Ireland, and the many innocent deaths. He draws a vivid picture of the Irish Troubles in this poem. It is an Elegy and first person narrative poem and divided into three sections. This paper discusses the poem by section by section and focuses on the use of Irish images, references from myth and bible, and the structure and the tone of the poem with its theme. This poem combines the past and the present, violence and The Irish Troubles. He connects here the personal and the cultural responses to death.

Heaney portrays a vivid scene of a funeral atmosphere at the passing away of a relative. In the event the entire community came to mourn. Heaney calls upon the society to return to ritual and ceremony as he believes that through this ceremony consolation and comfort can be achieved. Heaney himself also along with other people of his community is carrying the coffin of its resting place. It is the time mourn for the death of nearest one. Here Heaney focuses on the present violence which has been continuing from the past. In the poem Heaney connects the Irish Troubles and the human experience. He makes a connection between the mythical and the logical, past and the present and uses a number of images structural techniques to present the violence to describe his thoughts and emotions concerning the Irish Troubles and human experience. He also uses mythological and religious figures and metaphors to represent the problems of the past in order to explore a solution for the present conflict.

The tone in the poem is melancholy and meditative. In the first section when Heaney states that he ‘Shouldered a kind of manhood’, it symbolizes a loss of innocence, and the mechanical nature of religious duties for a violent war. The first part of the poem also uses the myths of Catholic beliefs to symbolize the restrictiveness of religious practices.

In the second section of the poem the imagery centers on the past, referring to the mythology. The tone is very reflective, as the reader follows the procession to the victim’s burial. Here the poet moves on to describe the effects of the violence and riots, as regularly news of “neighbourly murder” comes in, and there are more funerals to attend. This phrase connects the present to the past. Again the reference to the river Boyne, the river of knowledge, is significant. Their mention is ironic and symbolic. It is significant as the prehistoric burial chambers where both Catholics and Protestants could come together to share in a rite. Now people has gathered there again for the burial of the dead man. It also connects the past and the present. In this part, the term of the “muffled drumming” confirms that the victim was a soldier as these drums were used at military funerals. The nation tunes to the drumming means that they are making an effort and are ready to incorporate the violence into their lives.

In the second section of this poem there is a vivid use of mythology reference. Here males are represented by a ‘serpent’. It represents the Catholic Church and Christianity in general. Furthermore, it imposes patriarchal practices on females. It is about those women who were publicly humiliated to step out of line. The poet presents the serpent in this way,

“Quiet as a serpent

in its grassy boulevard

as its head already enters

Here the serpent is also a symbol of destruction, like the Norse serpent Jormungand, who destroyed the realm of humans. This link to the past serves to illustrate the poet’s thoughts about the military role of destruction in the Irish Troubles. Here ‘Jormungand’ symbolizes the destructive human nature.

The third section of the poem provides a horrible and tragic scene of the innocent deaths and the Irish violence. In this part the poet imagines a possibility of reconciliation, in a situation where the cycle of revenge gains temporary rest. Here the feelings of hatred and vengeance have been calmed. The victim is buried honorably which has been compared with Gunnar and Jesus both who were unvented. The reference to Jesus occurs in the first two lines of the third part of the poem. The poet says,

“When they have put the stone

back in its mouth…”

Inside his burial mound,

Though dead by violence

Gunnar, a victim although previously a cruel perpetrator, is imagined “joyful” in death, even though he is “unavenged”. The segment of “four lights burned/in corners of the chamber” in Gunnar’s chamber represents the flame of hope burning in the poet’s heart, a faint but persistent one that peace will return to the region. The final lines give a joint and more vivid reference to Jesus and Gunnar, as they both rose from their tombs. Here Heaney portrays them in a very optimistic way. He says,

“which opened then, as he turned

With a joyful face

To look at the moon.”

This reference symbolizes hope for the future and the present, as represented in the past. Heaney hopes through the rituals of death that resolution and healing can take place. He believes it is through ritual that the pain of loss and anger can become degenerated, stability and peace can be restored.

Seamus Heaney is one of the most powerful and sensitive poets to emerge in modern times. Heaney belongs to both the particular Irish ethos and the general human sensibility. His range of themes covering several kinds of experiences, but his profound concern and anxiety bind them all together. Heaney’s Irish identity and his rootedness in the cultural soil, opens to him a vast and rich store-house of local legends, myths and historical experiences. Continuous violence and frequent death that become daily occurrences make him more efficient in writing such kind of Elegy like “Funeral Rites”.

In “Funeral Rites” he uses a lots of imagery and some references from myth and bible. Through these he actually portrays a situation of the Irish Troubles and tries to find a way out of it. With the vivid description of the situation and his personal opinion and optimism, he makes this Elegy poem more effective, alive and appreciable to the readers. 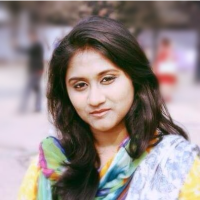