Fill in the gap with Phrases & Idioms

Analysis of Daffodil by William Wordsworth

In the first stanza the speaker describes a time when he meandered over the valleys and hills, “lonely as a cloud.” Finally, he came across a crowd of daffodils stretching out over almost everything he could see, “fluttering and dancing in the breeze”:

I wandered lonely as a cloud

That floats on high o’er vales and hills,

When all at once I saw a crowd,

A host, of golden daffodils;

Beside the lake, beneath the trees,

Fluttering and dancing in the breeze.

In the second stanza the speaker goes into more detail about the daffodils. They reminded him of the Milky Way, because there were so many flowers packed together that they seemed to be never-ending. The speaker guesses that there were ten thousand daffodils, which were “Tossing their heads in sprightly dance”:

Continuous as the stars that shine

And twinkle on the milky way,

They stretched in never-ending line

Along the margin of a bay:

Ten thousand saw I at a glance,

Tossing their heads in sprightly dance.

In the third stanza the speaker compares the waves of the lake to the waves of daffodils and decides that even though the lake is “sparkling,” the daffodils win because they have more “glee.” He then comments that he, like any other poet, could not help but be happy “in such a jocund company.” He looked at the scene for a long time, but while he was there he was unable to understand what he had gained from the experience:

The waves beside them danced; but they

Out-did the sparkling waves in glee:

A poet could not but be gay,

In such a jocund company:

What wealth the show to me had brought:

In the fourth and final stanza the poet describes what he gained from the experience. Afterwards, when he was lonely or feeling “pensive,” he could remember the daffodils, seeing them with his “inward eye,” and be content:

For oft, when on my couch I lie

In vacant or in pensive mood,

They flash upon that inward eye

Which is the bliss of solitude;

And then my heart with pleasure fills,

And dances with the daffodils.

“I wandered lonely as a cloud” takes place in the Lake District of Northern England. The area is famous for its hundreds of lakes, gorgeous expanses of springtime daffodils, and for being home to the “Lakeland Poets”: William Wordsworth, Samuel Coleridge, and Robert Southey.

This poem, obviously inspired by Wordsworth’s stomping grounds, is well-loved because of its simple yet beautiful rhythms and rhymes, and its rather sentimental topic. The poem consists of four six-line stanzas, each of which follow an ababcc rhyme scheme and are written in iambic tetrameter, giving the poem a subtle back-and-forth motion that recalls swaying daffodils.

By comparing himself to a cloud in the first line of the poem, the speaker signifies his close identification with the nature that surrounds him. He also demonstrates this connection by personifying the daffodils several times, even calling them a “crowd” as if they are a group of people.

The idea of remembering the beauty of nature even when not in its presence appears in several of Wordsworth’s later poems, including “Tintern Abbey,” “Ode; Intimations of Immortality,” and “The Solitary Reaper.” Even though the speaker is unable to appreciate the memory he is creating as he stands in the field, he later realizes the worth that it takes on in sad and lonely moments. 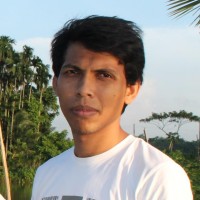